My kids fight ALL THE TIME. There, I said it. And because of that, I’m constantly searching for the magical cure for how to stop siblings fighting.

I’m happy to report that after months of experimentation and research (including getting input from experts!), things are finally starting to get better.

Want to skip all that painful time and get my secrets for how to stop siblings fighting? Let’s get right to it.

How to Stop Siblings Fighting

If you have multiple children, I’m sure you’re interested in learning how to stop siblings fighting. Here are some essential strategies to help them learn to get along:

Give them something to do together.

Set specific rules for how they can play and how they should interact with each other.

Examples: “no biting” or “we have to share our toys.” This can also be in the form of routines, for example: “John will pick a movie today and Jane will choose next week.”

Provide a setting where there is plenty of space and toys for everyone.

Of course sometimes they fight over the same toy, but making sure there are plenty of options for both decreases this risk.

READ  Mom Help! How to Stop a Child Swearing and Using Potty Language 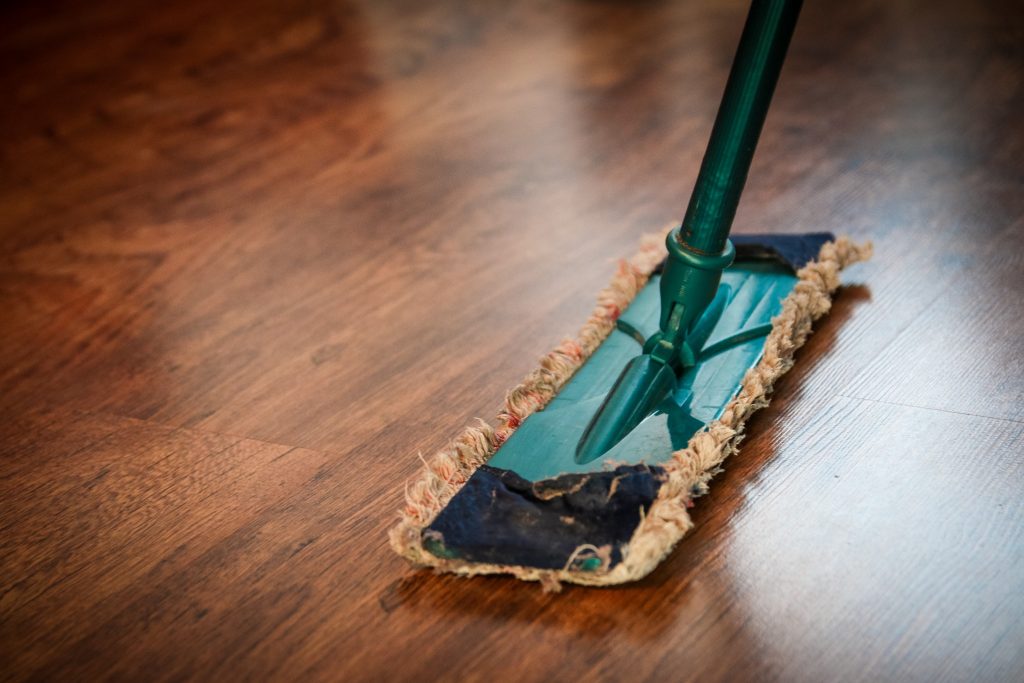 If your kids continue to fight, tell them play time is over. Give them a chore to do (laundry, putting away dishes, cleaning windows, etc) that they must complete before they are allowed to play again. Win-win, you get the chore done and it distracts and punishes for fighting.

Make sure each child feels loved.

This can be in the form of time and attention, but also with how they are disciplined. Make sure you are spending plenty of time with each child daily and not comparing one child to another.

Praise children when you “catch” them being good. Encouraging good behavior and interactions goes much further than punishment. For example, “I really like how you are taking turns with the piano”. 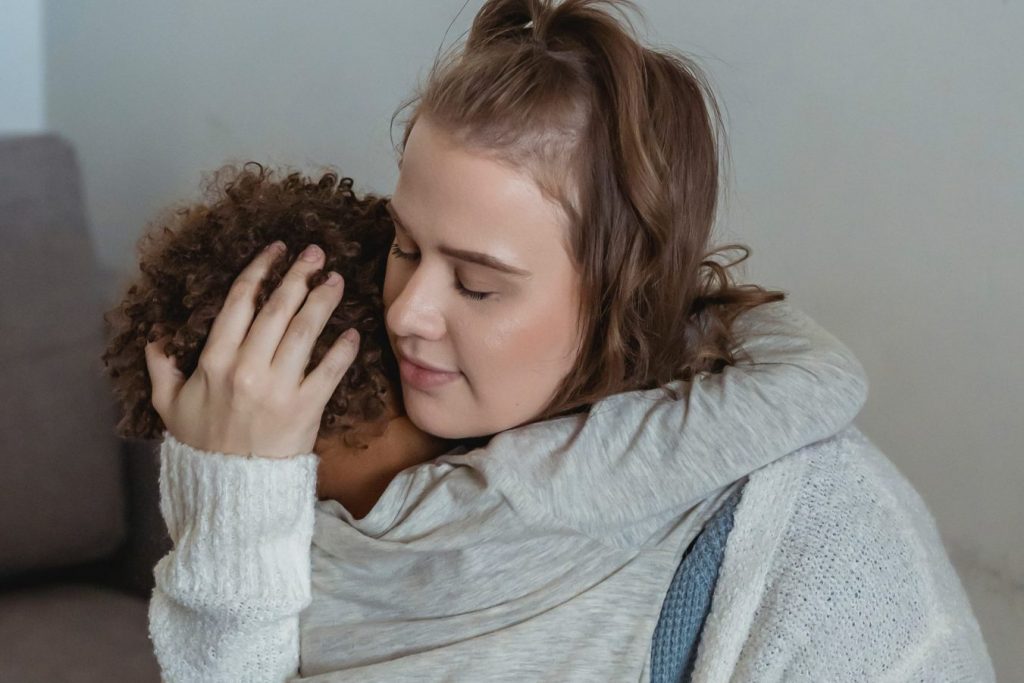 Children are watching how you interact with others so when trying to learn how to stop siblings fighting, check yourself first. Make sure to be kind and respectful towards others in front of them, even if it’s just for a minute or two.

Show them how to navigate conflict.

Don’t immediately rush in when they begin to fight, instead try and approach each one individually for how they can mediate the problem themselves. For example, “I know John wants to build a tower and you want to build a spaceship, can you suggest something you can both build together?”

If you sense a fight coming, suggest a new activity before the conflict gets too far.

An oldie but a goodie. Draw a line down the middle of the play area for each child. They’ll have to work together if they want to exchange/trade toys.

OK so admittedly I haven’t tried this one yet, but I want to. I want to so bad. The idea is that the two siblings who are fighting have to wear an oversized t-shirt together until they can learn to get along. Genius. Alternatively, I’ve heard about making siblings “hug-it-out” until they can get along.

Make sure basic needs are met.

This includes making sure children are getting enough sleep, eating healthy and well-balanced meals, as well as being physically active.

When children are fighting, be sure to ask how each one about their emotions. Speak with them individually about what they want and how they think the other child is feeling. Brainstorm about how they can fix the problem and how they think it would play out.

Be firm and clear.

Emphasize that fighting/name-calling/hitting is unacceptable behavior and is never acceptable under any circumstances.

Realize when it’s too late for a peaceful resolution. If emotions are running high, encourage them to separate for some alone time to cool off.

Don’t expect instant results with any of these strategies. Give the process at least a few weeks before deciding how well it is working! 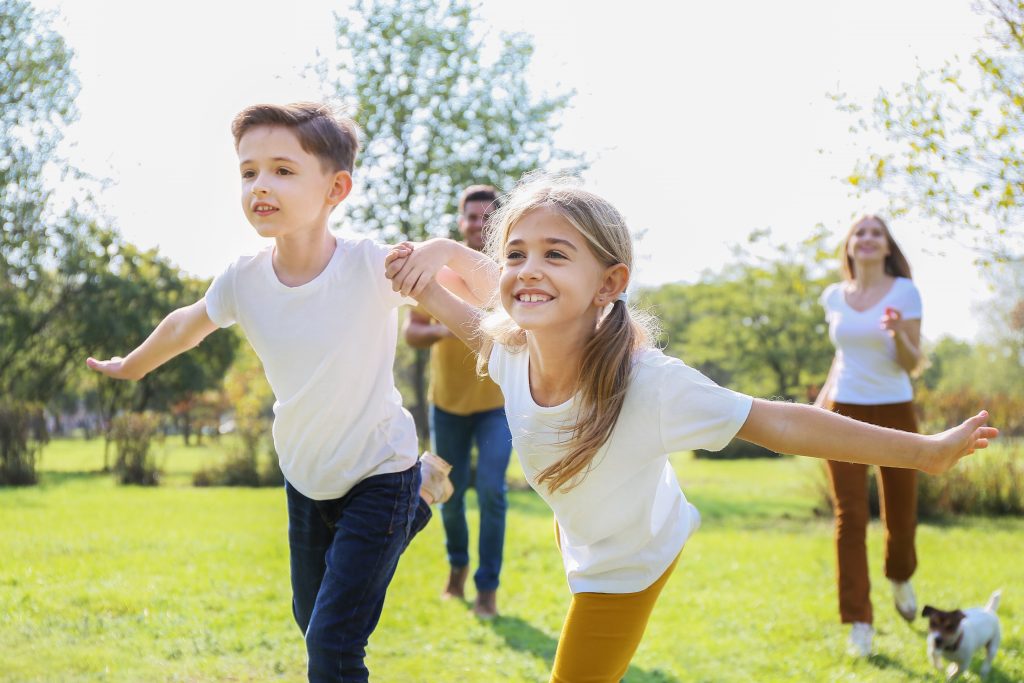 Why Do Siblings Fight So Much?

Now that you have some ideas for how to stop siblings fighting, it’s important to understand why this is such a common problem.

The reasons for this are many: there’s intense competition over limited resources (such as love and parental attention), and there’s often (non-intended!) unequal treatment. This is because parents see each child differently based on age and gender-based stereotypes.

In simple terms, they spend a lot of time together and compete for resources. That’s a perfect breeding ground for conflict. 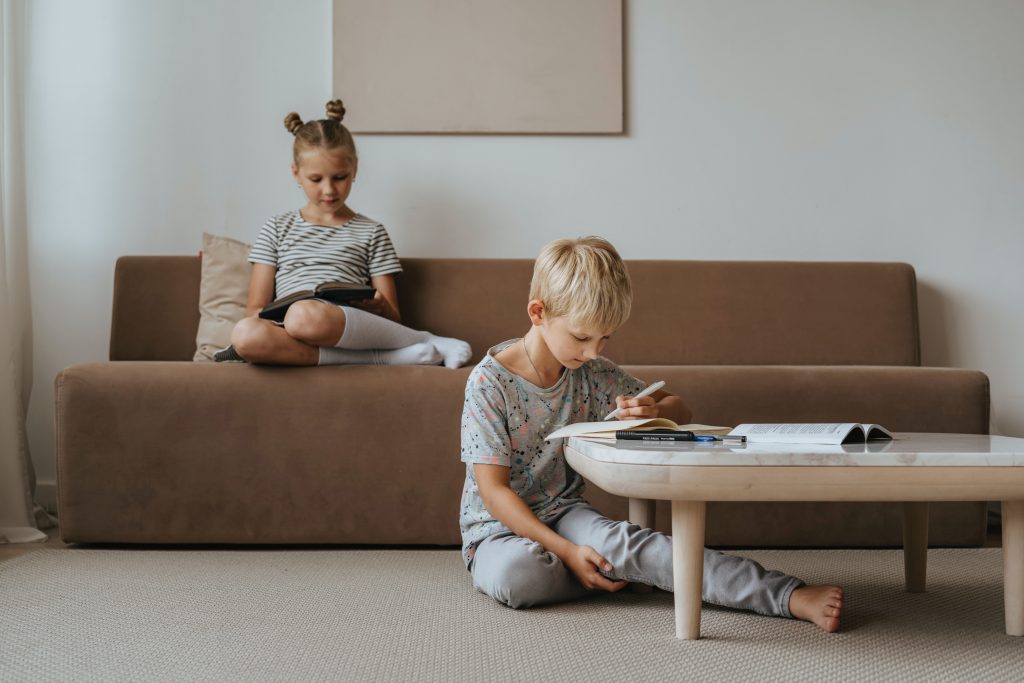 Is It Normal for Siblings to Fight All the Time?

Unfortunately yes, it’s very normal for siblings to fight. Not only daily, but hourly.

And while we know it’s not always how parents want it to be, there are many reasons for this.

They really spend a lot of time with one another and they’re also going through the developmental changes at different times! What better environment to cause conflict?

The good news is that most siblings will grow out of fighting as they get older- though the occasional fight may still happen. This doesn’t mean you should ignore their behavior or something more serious might develop in the future.

READ  Have You Told Your Kids the Two Wolves Story? 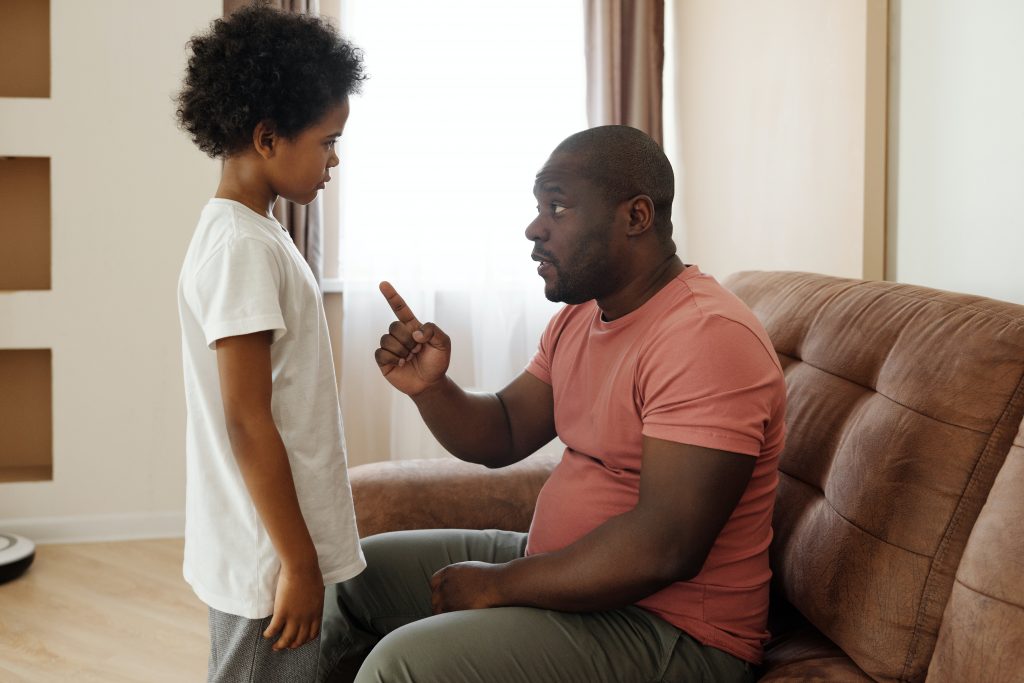 When Should I Intervene in a Children Fighting?

The general rule of thumb is to intervene if one child starts to show signs of physical or emotional distress.

If they are hitting, kicking, throwing things, crying uncontrollably and you can’t calm them down- it’s time for a break with the sibling that initiated the fight.

If both children seem very unhappy about how this situation turned out but have calmed down already- continue observing how they interact from afar for now (you may need to intervene again soon).

Also note behavior patterns like avoidance: do both children take turns initiating conflicts? This could be a sign that something more serious might develop later on such as bullying or exclusion. 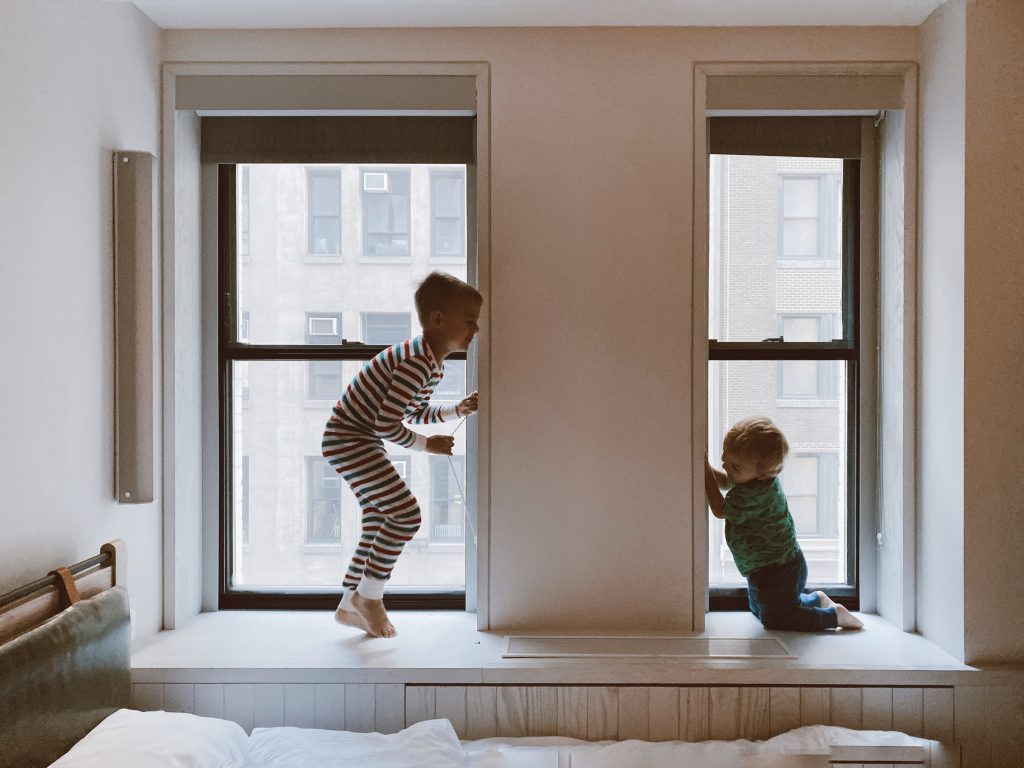 What Age Gaps Are the Worst for Sibling Fights?

There’s no “perfect” set up to avoid sibling conflict. That being said, there are a few trends.

With larger age gaps- such as a first born with a baby brother or sister- there will be more time for the older child to get used to how things are. Therefore they may be more likely to cause conflict when things change.

But more than age gaps, there appears to be a gender differences in sibling conflict. Boys, especially those who are close in age, are more prone to fighting. Girls, in general, are more likely to talk it out.

All of that being said, regardless of age or gender differences – it’s absolutely essential that parents give equal attention to both children. This can be unintentional, so it’s important to look out for playing favorites, giving unfair punishment, ignoring one over the other, etc. 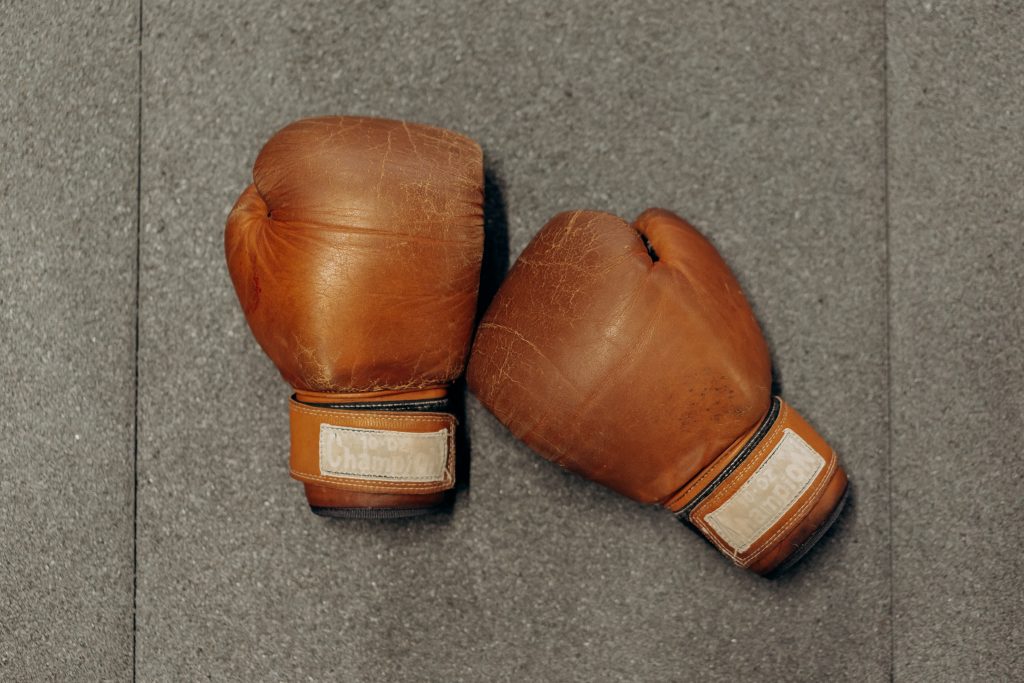 It’s one thing when siblings are verbally fighting, but what about when it turns physical?

Even a game of playful rough-housing can cross the line in a moment’s notice.

This is when it’s time to intervene. Be clear that physically fighting is completely unacceptable behavior.

You may need to remove a child from the situation, offer a time out or talk about how they should be behaving.

It’s important that you don’t justify their behavior- it could lead them to think this type of fighting is okay and will escalate in severity over time. It might help to provide some context for how physical aggression can have negative consequences later on such as being bullied at school if both children are friends with different groups. 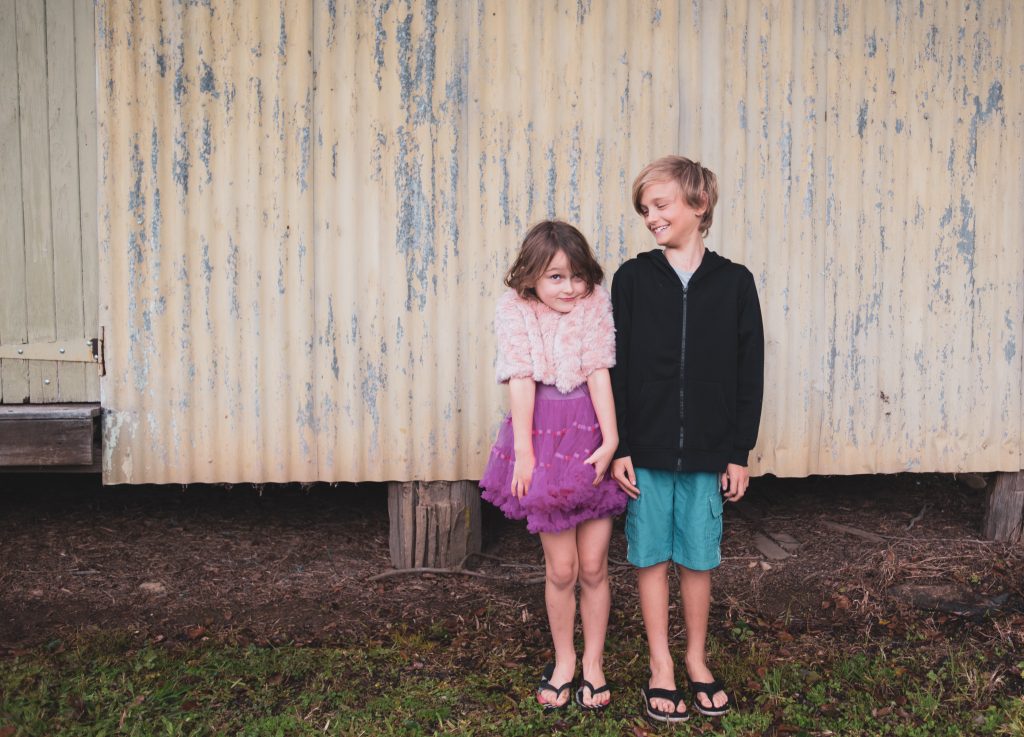 At the end of the day when you can’t possibly think you’ll figure out how to stop siblings from fighting – remember there are some positives.

Just think of all those negotiation, resolution, and mediation skills they’re picking up!

Do your kids fight? Misery loves company, tell us about it in the comments below!