The day that brings kids to tears and parents to cheers, Christmas Eve – AKA Elf on the Shelf departure day.

But when is the Elf’s last day? What happens during the Elf on the Shelf departure? Does he bring presents? Write a letter?

We’ve spoken to Santa to get the full story so every family knows what to expect. So grab a cup of hot cocoa and let’s dive in.

What Day Does the Elf on the Shelf Leave?

While this varies amongst households, most Elves on the Shelf leave on Christmas Eve.

When they awake on Christmas morning, most children find their presents from Santa but no Elf in sight.

This follows the narrative the your Elf has to give Santa their final behavior report and help with any Christmas preparations at the North Pole. 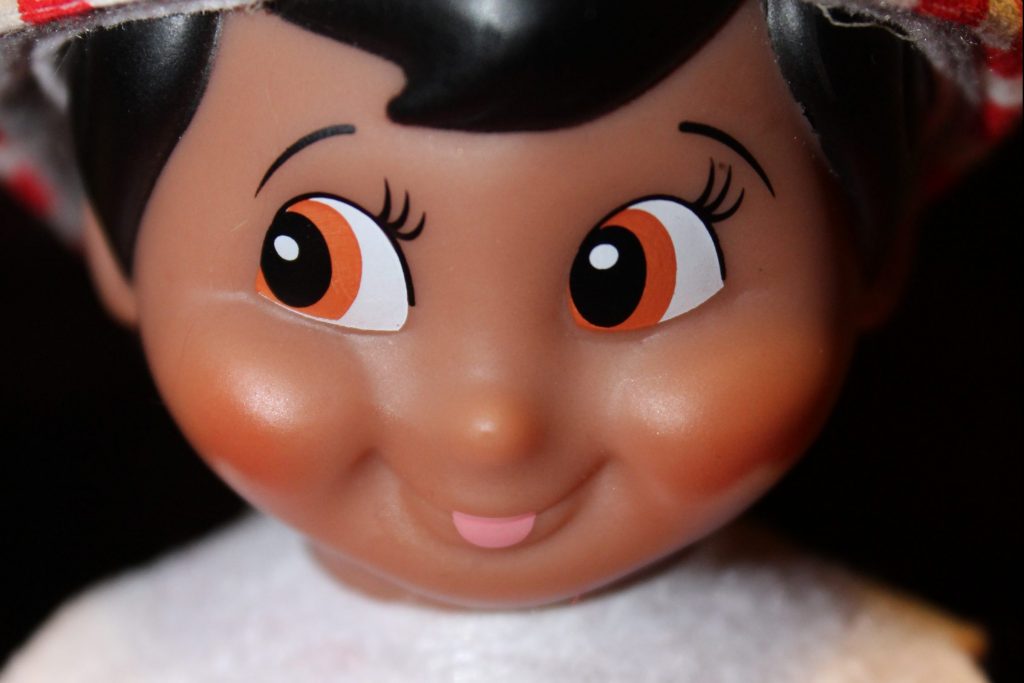 What If Your Family Is Not Ready for the Elf on the Shelf Departure?

There’s no hard and steadfast rule about when the Elf on the Shelf has to leave – so keep them as long as your family would like!

You can even have the Elf on the Shelf write a note explaining you earned some “bonus time” for extra good behavior.

I do recommend picking a deadline just to make the goodbye slightly easier, since kids like predictability. Maybe your Elf will stay until New Years or the Epiphany.

But just because your kids are sad to see the Elf leave doesn’t necessarily mean you should extend the stay. It just gives them more excitement for the Elf to return next Christmas season!

How Does Elf on the Shelf Say Goodbye?

Since every Elf has a slightly different personality it makes sense that each one would have their own way of saying goodbye to their host families.

Here are a few Elf on the Shelf goodbye ideas for the days leading up to their departure.

Set the stage that your Elf will be leaving for the season by having them hold some travel accessories!

This doll luggage set is the perfect size for those tiny Elves. For a more classic look, try these vintage mini suitcases.

If you’re crafty, DIY Inspired has a great tutorial for DIY Elf on the Shelf luggage.

The Elf on the Shelf Goodbye Hug

If your Elf on the Shelf depature narrative has him hitching a ride back with Santa on Christmas Eve, then your Elf doesn’t need magic to fly back to the North Pole.

Because of this, you can let your children snuggle, hug, and play with the Elf on the very last day! Just make sure they put the Elf back somewhere Santa can find them.

Of course Santa will restore the Elf’s magic once they arrive back at the North Pole.

If you want your Elf on the Shelf departure to be a grand exit, why not have them drive off on their own?

For this I like to use a Barbie remote controlled car because it can easily hold an Elf and the seatbelt helps them stay upright.

Or maybe instead of driving off your Elf lets you see the Reindeer Pet that helps them fly back and forth from the North Pole!

The Reindeer Pet is super cute and comes with their own adorable book and story.

Before the Elf on the Shelf says their final goodbye, have them plan one final activity for the family – a candy cane scavenger hunt with little notes and clues!

Or even just a regular candy cane hunt (Easter egg style) depending on your kid’s ages.

If you snapped a few pictures of your Elf on the Shelf’s crazy antics, print them out in a little book to create a yearbook that documents the Elf’s time with your family.

It’s a great memory and souvenir your children will surely appreciate!

Add a little more for your kids to find on Christmas morning by having your Elf on the Shelf leave photo evidence of their journey.

One idea could be a photo of Santa by your Christmas tree. Or a picture of your Elf on the Shelf with a snowy background. Or maybe even a picture of the Elf hugging your kids goodbye while they are sleeping.

Print out the photo and leave it in place of the Elf the next morning. Or for those without a printer, show your kids the picture on yourp hone. .

Another fun surprise is for your Elf on the Shelf to bring a small gift.

Nothing too fancy – most Elves bring a box filled with snacks, an ornament, a book, socks, and/or Christmas pajamas.

Your Elf on the Shelf can have their own set of PJs to get ready for Christmas Eve night!

The most popular of all Elf on the Shelf departure traditions has got to be the goodbye letter.

Your Elf writes a sweet little letter that says how much fun they had visiting, that they are needed at the North Pole to get ready for next Christmas season but will be back! And until that time they’ll be thinking about your family and all of the crazy antics.

When Should I Leave My Elf on the Shelf Goodbye Letter?

Honestly this one is pretty 50/50. Some parents prefer to leave their Elf’s letter on Christmas Eve since Christmas morning is already so full of excitement. For others, they prefer it to be on Christmas day, or even the day after! 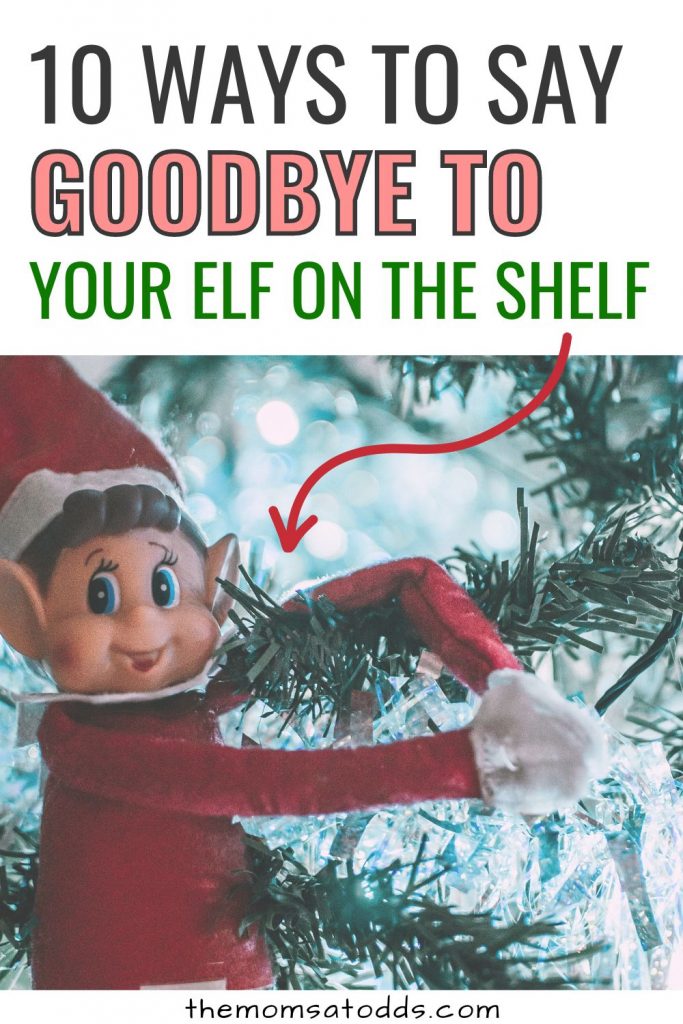