When it comes to making a big purchase like a TV, parents have a lot of things to consider. And with so many benefits of projector over tv, parents should definitely consider the later for their home!

So let’s talk about the top five reasons why parents should buy a projector instead of a TV. 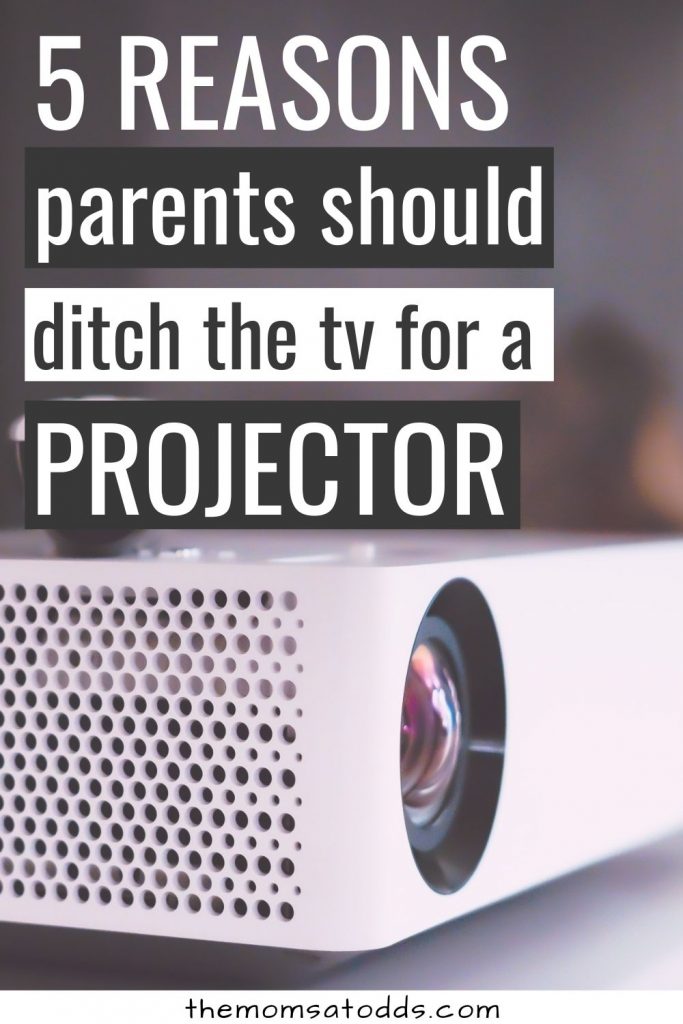 Personally, I struggled with the notion of TV time for my kids when they were young.

I’m a self-admitted TV addict. But I knew the dangers of screen time on early, developing brains and I wanted them to have zero exposure.

How was it possible to have my TV sitting there all evening and me not turn it on? What if they threw something and broke it? Would they ask for it when they got older?

Enter the perfect solution – a projector.

I’m going to get a lot of heat from my husband for writing this. I was so against him buying a projector in the beginning. But then I realized it was the perfect solution to all of my problems.

I promise you no matter your TV situation, a projector (rather than a traditional TV) is the best option when you have young children in the house.

#1 | Projectors are Bigger and CHEAPER

When you have kids, you quickly realize that, sometimes, bigger is better. And when it comes to TVs, projectors are definitely bigger.

The average projector screen is around 100 inches. That’s almost eight and a half feet!

Compare that to the fact that the largest TV on the market is only about 80 inches. So if you want to have that fabulous big screen for your family, a projector is the way to go.

Not only are they bigger, but they’re also cheaper. The average home projector costs around $600. The average large TV, on the other hand, is closer to $2000. So if you want to save some money and get a bigger screen, a projector is the way to go.

Ok so of course there are exceptions to this rule. You can get super expensive projectors. You can also get super huge TVs! But for us, this was true.

Well, THIS is the projector we bought (and one I *highly* recommend!) and I think you can see it’s much less expensive than that. 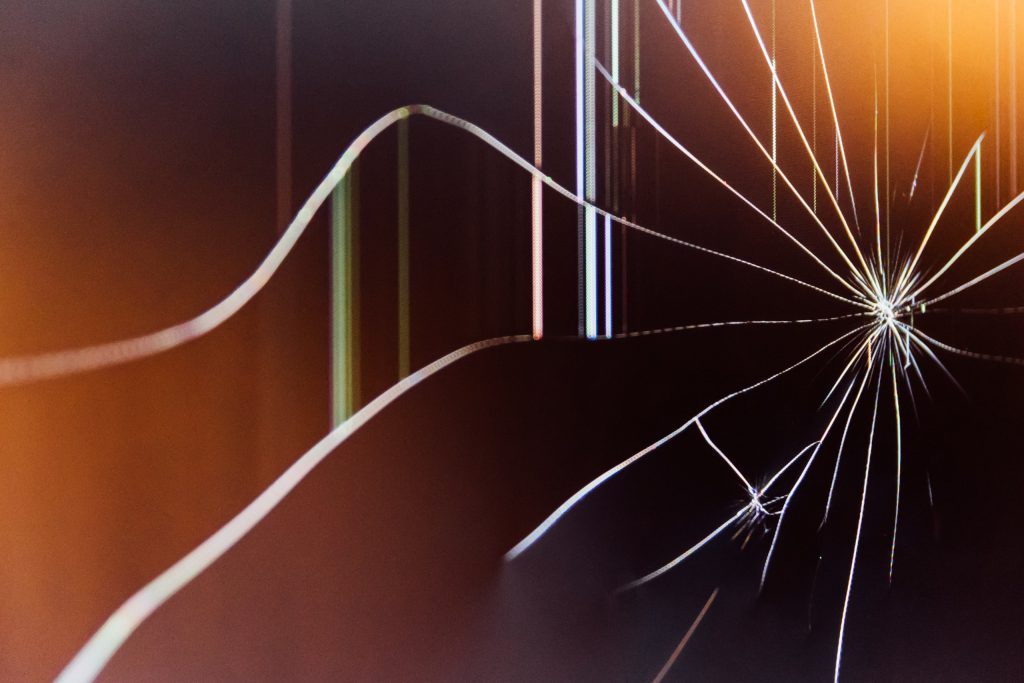 My toddler is a walking disaster. She’s into everything and anything she can get her hands on.

We had to put our TV up high on the wall because she was constantly pulling on it and trying to climb it. And even though it’s up high, she’s managed to pull it down a few times.

With a projector, there’s no need to worry about your toddler destroying it. They can’t pull it down off the wall and they can ’t break it.

We have our projector mounted on the ceiling and it’s been there for over two years with no issue. 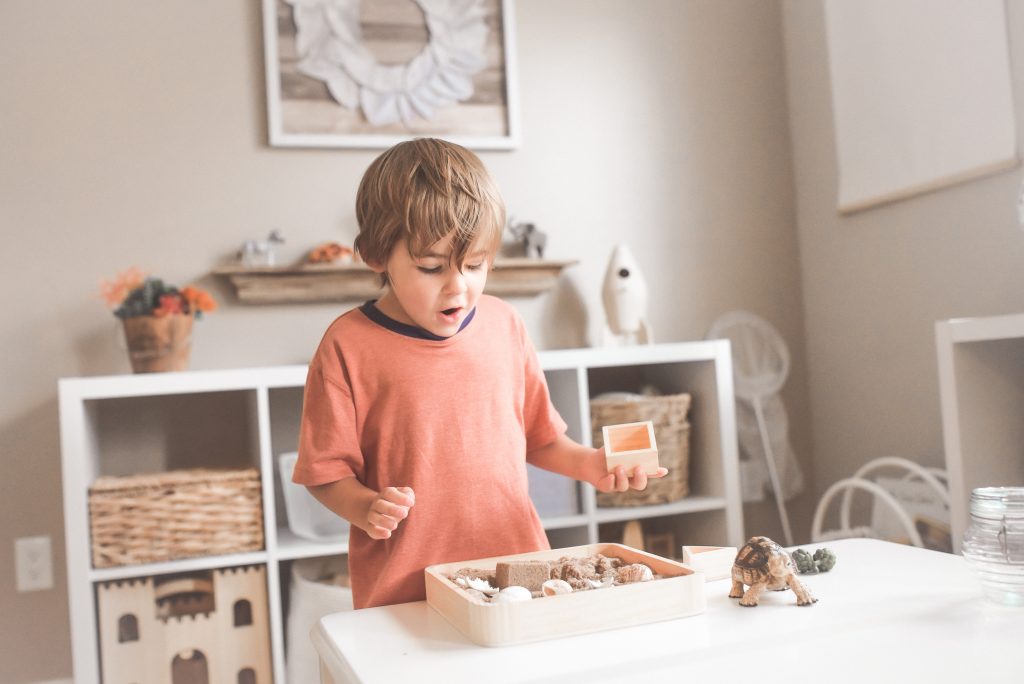 When the projector is off, it’s just a blank wall. So your kids won’t even realize a TV is there.

This was one of my main concerns with having a TV in the house. I didn’t want my kids to be constantly exposed to it. But with a projector, they can’t see it when it’s off so they won’t be tempted to turn it on.

And even when it is on, the screen is blank until the movie or show starts. So they won’t be able to sit and stare at it for hours on end like they would with a traditional TV. 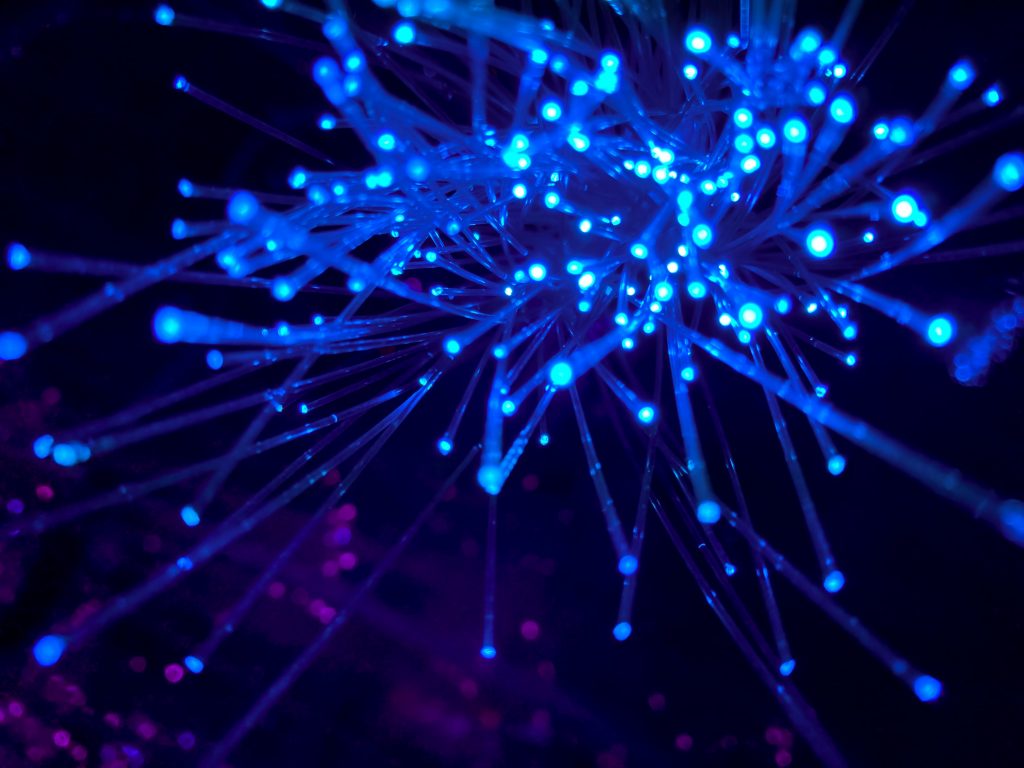 You might be wondering what blue light is and why it matters. Blue light is a type of light that’s emitted from screens. It’s been shown to have negative effects on our sleep, our mood, and our overall health.

So it’s important to limit our exposure to it, especially for young ones with developing brains.

And while all screens emit blue light, projectors actually emit less of it than TVs. So if you’re concerned about your kids being exposed to too much blue light, a projector is a better option than a TV.

So is a projector better than TV for eyes?

Yes! In addition to the blue light mentioned above, remember that while TVs emit light, projectors only reflect it. Reflected light is less straining and more visually pleasant.

Projector images are also much larger, which provides for simpler viewing and aids to alleviate visual strain. 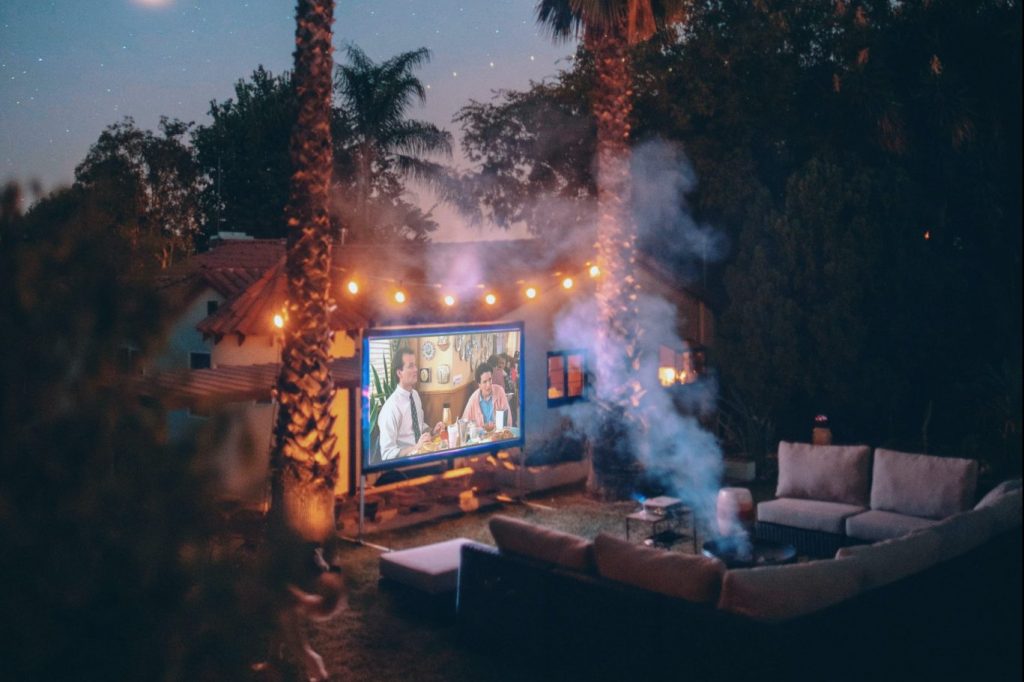 #5 | You Can Use it for Outdoor Movies

This is my favorite reason to have a projector! We love having movie nights in our backyard.

We set up the projector, pop some popcorn, and lay down a blanket. It’s the perfect way to spend a summer night! Plus, it’s a fun idea for summer parties.

And since the projector is portable, we can take it with us when we travel or over to a friend’s house.

So those are my top five reasons why I think parents should buy a projector instead of a TV!

Do you have a projector? What do you love about it? Share your thoughts on the benefits of projector over TV in the comments below! 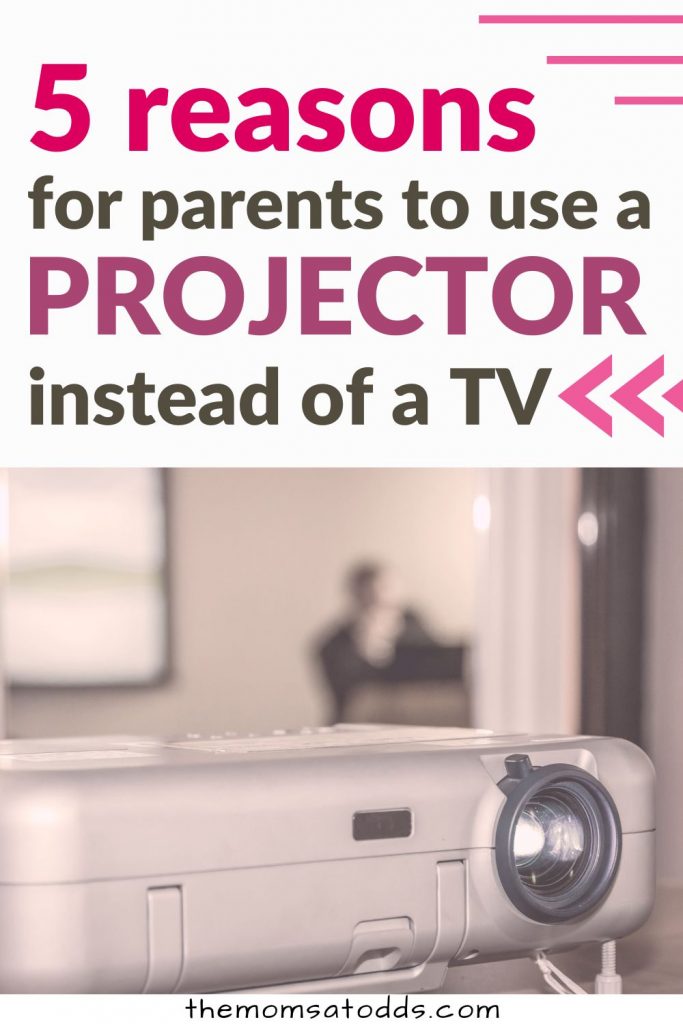