If you’re thinking of a third baby, you may be wondering if there are any benefits of having 3 kids.

Going from 2 kids to 3 can be scary. I’m not going to lie, there are some obvious downsides to expanding your family, but there are some benefits too.

We’ve also previously discussed the pros and cons of having a second baby. While some of the considerations are the same, they can be amplified with a third child.

So whether you’re wondering if another child is right for your family or you’re pregnant and freaked out about handling 3 kids (been there), I’m here to help.

Ultimately, the biggest benefit of having 3 kids is the person and love added to your family.

But is that all? Are there any other benefits of 3 kids?

Yes, I believe there are, though whether they outweigh the drawbacks is up to you.

The Top 3 Benefits Of Having 3 Kids:

3 is better than 2! Here are the best of the best benefits of having 3 kids.

By this time, you’ve already done the newborn thing twice, and you’re likely a pro. You know what to expect, how to swaddle just right, the different ways to hold them to get a burp out, how to avoid getting peed on each diaper change, and all of the other little things that you’ve had to pick up over the course of two infants.

It may seem silly, but there can be a steep learning curve with babies. Think back to how much you didn’t know when you brought your first baby home from the hospital. The questions, second guessing, and worries about everything from baby noises to colors of poop.

The second time around you probably were faced with how very different two tiny humans can be and had to figure out a bit more. So having done it all twice, you’re sure to have a few tricks up your sleeve.

You likely don’t even realize how much you’ve learned along the way, but having a third baby will let you put all of the knowledge to use again.

It’s amazing the things you will just do this time. Things that you googled and agonized over before. Things that you learned and practiced and now don’t even have to give a second thought. They will feel so natural.

You also know how quickly each phase passes. This can make you less likely to sweat the small stuff and able to just appreciate the little moments.

You’re more prepared because you’ve done this… twice. You’ve been through it all before so you will be more confident in your parenting abilities with three kids! 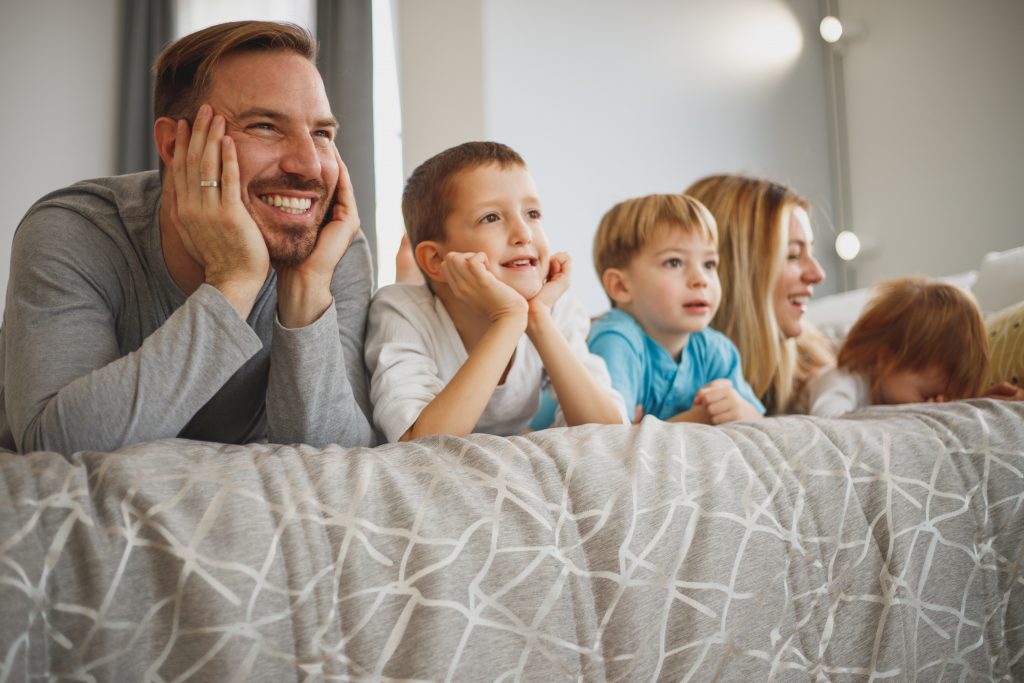 With three kids, there is always someone around for them to play with (besides you). These sibling relationships can create strong bonds and help your kids build a solid support system as they grow up.

With three kids, playing with siblings is sort of unavoidable. They not only have a constant source of entertainment in each other, but they also are forced to learn valuable social skills during their interactions. Things like taking turns and sharing will be practiced regularly, and though the “learning” process will probably involve a fair amount of conflict, they are mastering important skills.

An added bonus to three kids is that there is a built in tie-breaker. Disagreements between siblings are bound to happen, but you may be able to avoid intervening in many.  Whether it’s choosing a game to play or a movie to watch, majority wins and you don’t have to take sides. 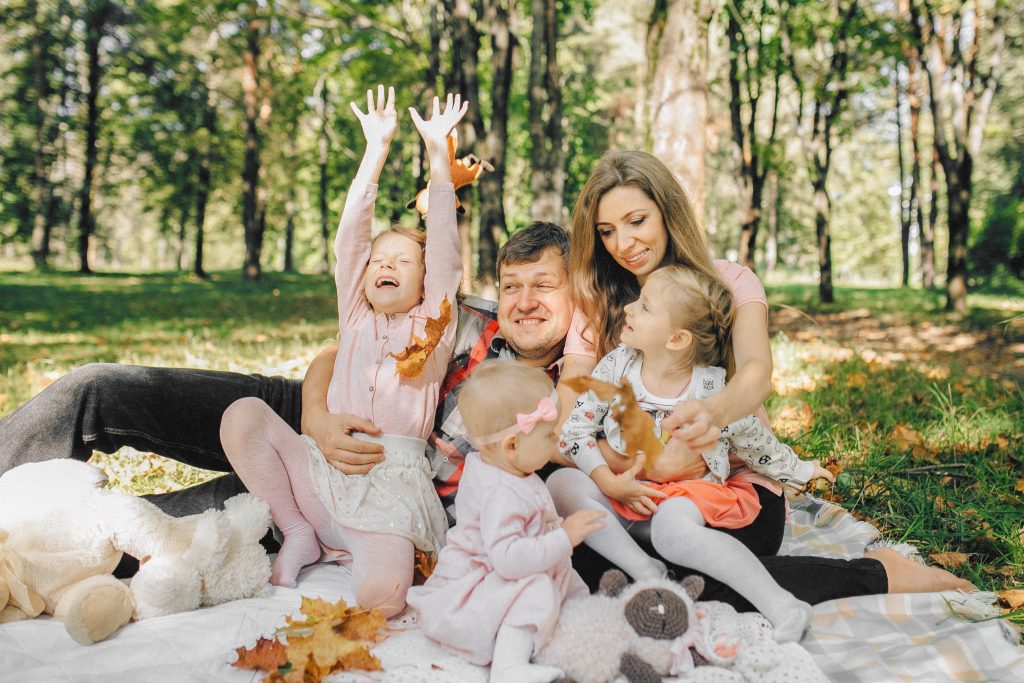 While there’s no doubt that going from 2 to 3 babies financially impacts your family, there also seems to be an economy of scale. The expenses associated with your third child may not be as high as your other babies.

Babies and kids need so much stuff! For the first baby, you probably had to start from scratch with clothes, a nursery, strollers, bottles, and so much more. By this point, you’ve already bought all of the baby stuff at least once, if not twice (assuming you’ve kept it).

If you saved your other children’s things, for the third baby you may just need to buy some diapers and wipes (unless you already invested in cloth diapers in which case, you are golden). The window of use for lots of baby products is incredibly small, so getting another use out of that bassinet, crib, high chair, bouncer seat, stroller, and swing further decreases the cost per use of these items making them super cost effective.

While unfortunately, there will still be increased costs for a third child, if you’ve saved your old baby items they can be significantly less. 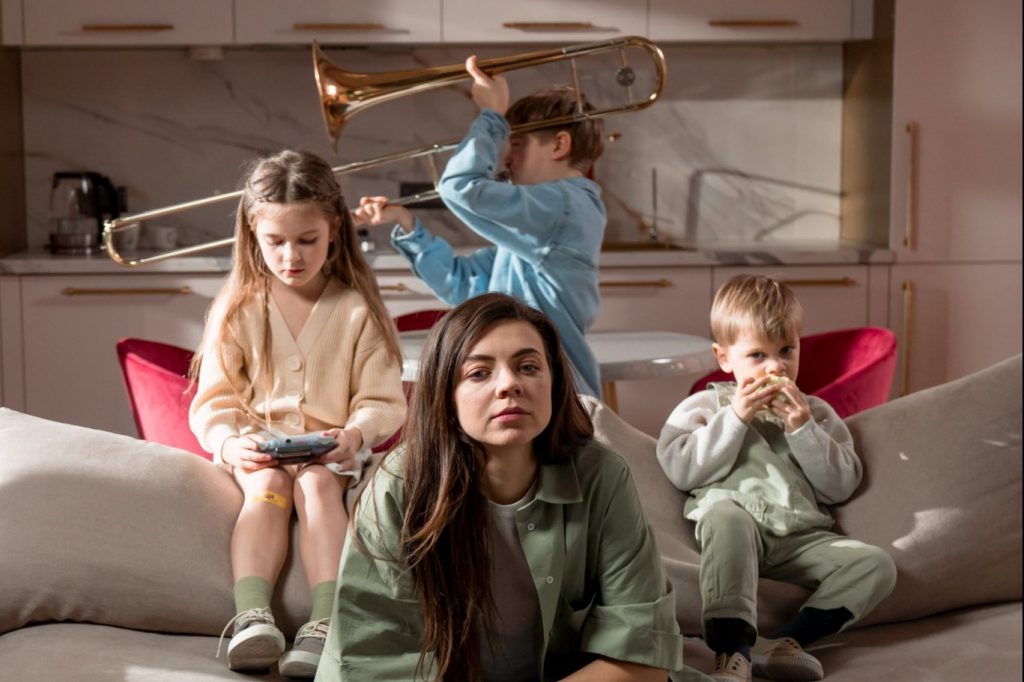 On The Other Hand…

Three kids isn’t all sunshine and rainbows. There are certainly drawbacks to expanding your family as well. We also discuss the pros and cons of 3 kids more here.

But just to be fair, let’s take a look at some of the cons of having 3 kids:

With 3 kids, the chances of at least one of them waking you up on any given night are pretty high.

At this point you’ve probably managed to get by on interrupted sleep for a few years, so what’s a couple more? I’m only sort of joking.

There are now more kids than parents. You are rarely parenting with a 1 to 1 ratio anymore.

If you’re parenting solo you also now have more kids than hands.

You will try to divide yourself three ways in everything from your hugs, your time, and your attention. It may feel at times like there isn’t enough of you to go around. If only we could have an extra arm or two and a few extra hours in the day.

You adjust… really you do, but it takes a mental shift. 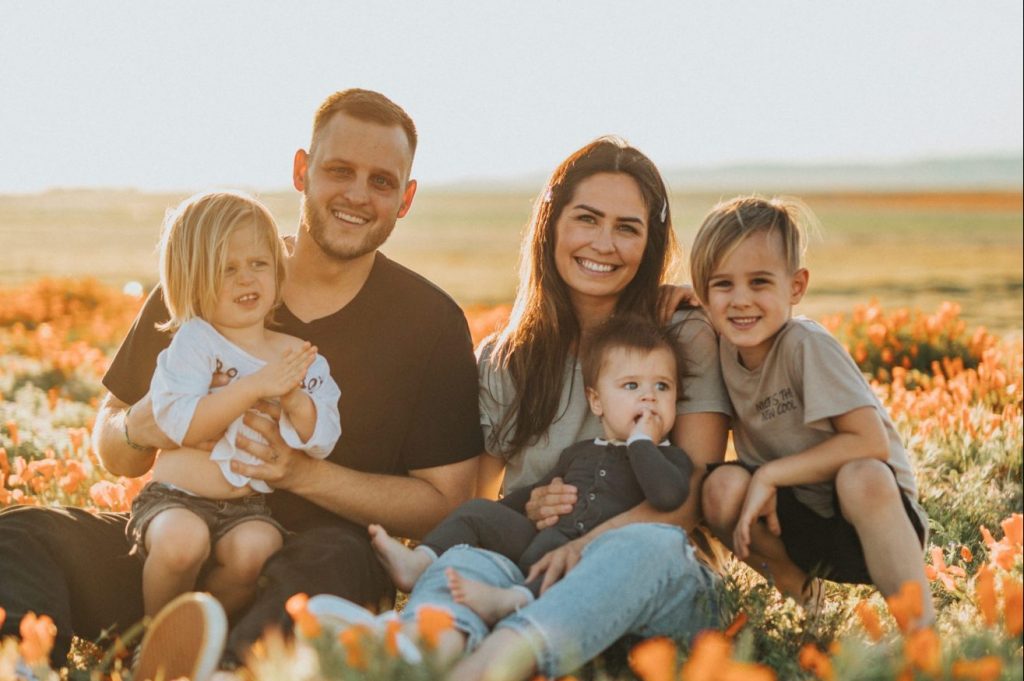 These expenses add up quickly especially when it comes to things like the cost of childcare or saving for college.

Some costs may sneak up on you too, like realizing you need a minivan when you can’t fit three car seats in your sedan or even needing a bigger home to have room for your larger family.

Adding a 3 baby to your family is a big change, but it doesn’t have to be too scary. You might even find some benefit of having 3 kids.

Any other benefits of three kids? Did we miss something? Share in the comments!

I have three awesome sons and an amazing husband. I left my professional career to be a stay-at-home-mom and love it. Since then I spend most of my time chasing my wild boys and trying to keep the house from looking like a complete disaster.

Occasionally, I get to read a cheesy romance novel, attempt crafty things, or binge Netflix. But when I’m not doing that, you can find me here trying to help you figure out the easiest ways to feed your family, live on one income, or make some of the millions of decisions moms tackle every day.